Air shot:
A stroke that misses the ball entirely

Approach putt:
A long putt aimed at bringing the ball close to the hole rather than into it. May sometimes be strategically wiser, rather than missing the hole altogether.

Approach shot:
A shot made with the intention of placing the ball on the green. The term “approach” typically refers to a second or subsequent shot with a shorter-range iron depending on the distance required.

Bank shot:
A shot played from close to a green with a steep bank confronting the player, in which the ball is played so as to pitch on the face of the bank and go over it, either running or on the bounce.

Come Backer:
A putt made after the initial putt goes past the hole.

Cut shot:
A shot which adds side and backspin onto the ball when striking it so that the ball tends to fade. Shots hit into a green like this tend to hold greens better because they not only have backspin, but also some sidespin.

Downhiller:
A downhill shot or putt.

Draw shot:
When a player shapes a shot from outside to in in a curving motion, i.e. from right to left for a right-hand player (or left to right for a left-handed player). Opposite of a fade shot (see further). This occurs when the clubface is closed relative to the swingpath.

Drive:
A drive is a long-distance shot played from the tee, intended to move the ball a great distance down the fairway towards the green.

Drop Shot:
A type of shot used to drive a ball out of tall grass around a green. The club is dropped down severely into the ball in an attempt to extract the ball from the tall grass and make it land upon the green. The ball usually comes out will little spin.

Dub:
A miss hit shot in such a way that the ball travels only a very small portion of its intended distance.

Explosion shot:
A shot in which the ball is exploded from sand.

Fade shot:
A shot played with a controlled curving motion from left to right (for a right-handed player). This occurs when the clubface is open relative to the swingpath.

Fat shot:
A shot that occurs when the forward edge of the club head strikes the ground behind the ball, causing the shot to come up short of the target.

Flop shot:
When a player opens the club face on a chip shot to get the ball to fly over an obstacle and stop quickly once it hits the ground.

Gobble:
A slang term for a hard-hit putt that holes out.

Half shot:
A shot made with a reduced swing, somewhat less full than a three-quarter shot.

Hook:
A shot which moves severely from right to left (or left to right for a left-handed player). More skilled players can hook the ball at will by inducing topspin onto the ball causing it to move from outside to in on their swing, but most commonly a hook is a misplayed shot that often has negative consequences as a result.

Knock Down Shot:
A shot that is played intentionally to keep the trajectory lower than normal to “cheat” wind conditions. Usually made with a slightly shorter swing and often using a club with less than normal loft, which in turn causes the ball to spin less.

Lay-up shot:
A shot made from the fairway after the drive, but intended to travel a shorter distance than might normally be expected and/or with a higher degree of accuracy, due to intervening circumstances. Most often, a lay-up shot is made to avoid hitting the ball into a hazard placed in the fairway, or to position the ball in a more favorable position on the fairway for the next shot.

Lob Shot:
A shot where the ball flies to maximum height and minimal distance, normally used to hit the ball from close range when trying to avoid an obstacle.

Pin High:
An approach shot that leaves the ball within the distance of the length of the flag stick.

Pitch Shot:
To hit the ball at a medium height into the air and onto the green using a lofted club. Usually struck with sufficient backspin so that the ball stops quickly on the green.

Punch or knock-down shot:
A shot that is a very low-loft shot of varying distance. It is used to avoid hitting the ball into overhead obstructions, or when hitting into the wind.

Recovery Shot:
To bring the ball back into a favorable playing position from an unfavorable one such as a hazard.

Shank:
When the club strikes the ball close to the joint between the shaft of the club and the club head, called the hosel, and thus flies at a sharp angle to the right of the intended direction (or to the left, for a left-handed player). It is often called a “lateral” describing the path of the shot. Shanking can become difficult to stop once started.

Slice:
A shot which moves severely from left to right (or right to left for a left-handed player). More skilled players can slice the ball at will, but most commonly a slice is a misplayed shot that often has negative consequences as a result.

Thin shot:
A shot that occurs when the forward edge of the club head strikes the ball too high, causing the shot to come up short of the target.

Whiff:
A shot that occurs when the golfer swings and misses the ball.

References:
Golfing Terms from 1500 to the present
Lexicon of Golf Terminology and Colloquialisms 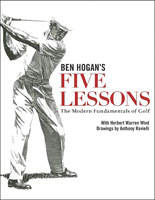